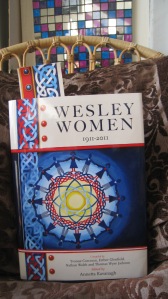 I spent the period between 2000 and 2006 in secondary school at Wesley College, Dublin. Wesley is a Methodist school, which takes its name from John Wesley who – as we were taught in our first year – at the age of five survived a fire in a rectory and henceforth considered himself to be “a brand plucked from the burning” and therefore destined to serve God.

Wesley was founded on the first of October 1845 on St Stephen’s Green and on that morning “At 9 o’clock the whole company sat down to breakfast joined by three boarders and nine day pupils. The Revd. Robert Masaroon presided.” In the years since, the annual Founders’s Day Service has commerated this day and the story of the college’s inception is recounted to students gathered together in “Assembly”. 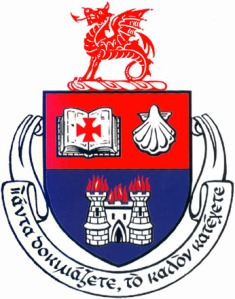 An enormous landmark in the college’s history came in 1911 when the decision was made to admit girls. The significance of the move can be understood when compared to some facts relating to the period: Cambridge University didn’t award full degrees to women until 1947 and women in Ireland weren’t allowed to vote until 1922.

This year, a group of dedciated students under the guardianship of their English teacher, set about to collect the memories and stories of the girls who had passed through Wesley’s doors since 1911. They sent letters and e-mails to all corners of the world and made inquiries online and over the phone.

One such e-mail arrived in my inbox around Christmas time last year. It asked me whether I would contribute to a special book to celebrate 100 years of co-education at the school. Of course I was delighted to do so. My only problem was that when faced with the task of recounting my schooldays I didn’t know where to start and I didn’t know where to end. I managed to string a few thoughts together however and sent them back to the editorial team.

Last week, I attended the book launch. It was held in the National Gallery and was a momentous occasion. I couldn’t believe how many people had come. The expansive entrance hall of the Gallery was packed to the brim and as I looked around I saw many, many faces I did not recognise, but dotted between them, the unchanged appearance of my old teachers, whose mannerisms and expressions have remained constant since my departure.

The book, “Wesley Women” is a remarkable achievement. In all, 87 past pupils contributed. It’s full of amusing stories like girls ‘sealing’ holes in their tights with nail polish and filling balloons with hot water in order to survive the cold boarding house dorms. The earliest contributor left Wesley in 1912 and and there are several contributions from the 1920s and 1930s too. These stories are particualrly valuable as documentation of social and cultural history: Wesley did not live isolated from the world wars, the advent of rock and roll and of course the fight for women’s rights.

I’ll post my contribution later but must add that many of my memories are of people with whom many of you won’t be familiar. Still, I’d love to know, if you had to summarise your school days in 500 words, what would you mention and why?

When I was young, I learnt to play the violin at the College of Music in Chatham Row, just around the corner from Stephen’s Green. In my later years, it was renamed “The Conservatory” but the Fergusons – staunch Conservatives – continue to refer to it simply as “the College”.

My teacher, a middle-aged eastern European was quirky and sober in equal measure. He was so confident of his methods that he invited parents in to observe his lessons.

Most declined politely: but my mama certainly didn’t. So great was her love for me that every Thursday afternoon for years she endured the hostile scratching of my bow as it glided gracelessly across the four strings to produce sounds that can only be imagined -and excused- when I explain the meaing of: intonation exercises.

Unfortunately the noble purpose of intonation exercises is disguised by their horrendous sound. You see, the thing is: to play violin, you need a pretty good ear. It’s not like piano, where you just bang on a given key to produce a sound. With violin – as with all stringed instruments – you have to find the sound. And in order to do this, you need to be familiar to the very last quarter tone, of the location of each sound on the finger board.

Intonation exercises consist of playing two given notes at once and then slowly, repeadly changing the position of one of your fingers by roughly half a tone up and down to produce a clash which resonates and aims to cement in memory the correct position of your hand. To really make them useful, you have to repeat them over and over and over again….

This level of endurance represents just one of the ways in which my mama is a hero. I could write a pamphlet on her other feats. She deserves at least a series of blogs in her honour.

The best part of Thursdays was right after the violin lesson ended. Mum and I would hurry out into the wind and rain and make ourselves to the newsagent on Camden Street where we treated ourselves to a packet of Sour Cream Hunky Dorey’s each. We kept them in our coat pockets so that we could have a look around the various charity clothes shops on the way home. Sometimes, when mum was looking at blouses in Age Action, I would sneak a crisp or two from her coat pocket, just to be devious.

When we got home, we would have dinner and then get ready for Kommissar Rex. If you know me, you know all about Kommissar Rex. If you don’t you should get informed. Kommissar Rex is a TV series about a detective and his police dog “Rex”, who sleuth around Vienna solving crimes in scenic locations. I’m an enormous fan and the actor that played the detective in my day remains my only celebrity crush. LSB doesn’t like the twinkle that appears in my eye when I talk about Gedeon Burkhard, or indeed the way, when I spotted him playing a minor role in Inglorious Basterds, I nigh jumped from my seat with excitement.

Kommissar Rex is moderately scary and featured a rather disturbing scene of a man trapped in an over-heated sauna which I have never forgotten. When LSB and I were in Vienna, I finally bought the series on dvd. One night, having stocked up on Croatian beer and strawberry cake, we knocked on some Kommissar. I was right back home again, curled up beside my mama, reaping the reward of intonation exercises.

Watching Kommissar in a hostel in Zagreb