I began blogging exactly four years ago, at the age of 22. At the time, I was living with my parents in Ireland. I’d graduated from university a few months earlier and had failed to find a job. Consequently, I had no money to travel or to do any of the other things that make long stretches of free time sound idyllic.

I spent my days refreshing the pages of job websites and crafting applications that got no replies. I would sleep in each morning and stay up until silly hours browsing the internet. Life was dull and I was under-stimulated; at 22, I felt ancient.

I was far too proud to borrow money and rejected outright the idea of my parents funding a Master’s. Eventually though, I allowed my mother to pay for me to do a one-month TEFL (Teaching English as a Foreign Language) course. That led to a teaching position, which changed everything. As most of you know, I’m now in Berlin, doing a job I love and against all odds, being paid to write. It hasn’t been a smooth journey and I thought I’d take the occasion of my fourth blog birthday to share a few things I’ve learned along the way. 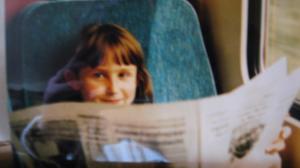 An inflated sense of entitlement can not only be personally damaging but can harm your job prospects too. If you’re reading this, the chances are that you enjoy a level of material comfort greater than most people in the world. (See this graphic for more info) Working hard and not getting far really sucks but remembering how relatively lucky you are makes you a more likeable, and hence, more employable individual. Expecting some day to get a well-paid and exciting job is fine, as long as you realize that for many people, wondering how they’re going to finance their next meal is a more pressing daily concern. Keep things in perspective.

Find something else to do

Be realistic – hardly anyone gets a writing job straightaway. And if like me, you’re not divinely inspired, you need fodder to fuel your writing on the side. I was lucky that I loved teaching. Being around international students all day long was not only enjoyable, it also gave me lots of story ideas. The busier I was, the more productive I became. I still frequently suffered from writers’ block but at least I had plenty of things to keep my mind off it. Teaching also made me more confident – I had to embrace a leadership role entirely inconsistent with my personality type. (More on personality below, too) Kat Richter, one my favorite bloggers over at Field Work in Stilettos used to write hilarious posts about her mind-numbing job in a shop in Philadelphia. She’s since become a dance teacher and freelance writer.

This picture of books is here simply to add colour.

Don’t be too proud

This is something I still need to work on. After I graduated my sister offered to lend me money so I could move away and try my luck elsewhere. I point-blank refused. As I mentioned above, I also turned down my parents’ offer to help finance a Master’s. (That turned out to be a good decision, though at the time it was pride, rather than principle that guided the decision). Allowing my mother to pay for the TEFL course was probably the best thing I’ve ever done for my career.

There’s a reason that Resumes of Failures are such popular reads. I’ll write my own sometime but in the meantime here are some of the things I tried really hard for but didn’t achieve: getting an internship at The Irish Times; a job at my local stationery shop, a scholarship to study journalism at Dublin City University; a position at a media start-up in Dublin. In all cases but the stationery shop I came really close. I was in the final six out of 600 applicants for the Irish Times internship; second in line for the journalism scholarship and received a nice phone call from the guy who rejected me from the media start-up telling me that but for my lack of sufficient experience, I’d have been perfect.

Being introspective is key to figuring out how to get to where you want to be. I’ve known for a long time that being fairly shy and risk-averse might not be ideal qualities for a journalist. But equally, being sensitive and spending more time listening than speaking makes you a desirable friend and someone people tend to open up to. So while I might never be good at cornering a person and sticking a microphone under their nose, I’m likely to get equally interesting sound-bites by giving people the space and time to open up. And while I’m not particularly assertive, when it really matters, I always speak my mind.

Helping others get to where they want is the best feeling. If you’ve achieved something, give back by offering someone else a helping hand. My favorite people to help are those that are almost too shy to ask. Those I’m not so fond of tend to be leech-types who attach themselves to you only in the hope of getting something. Last year, for example, I agreed to meet someone I’d never met who’d found me through my blog and wanted to “network.” I took time off work to meet her; she arrived an hour late, slipped me her business card immediately and subsequently sent me several texts and e-mails trying to convince me to leave my current job (and boyfriend) and partner with her in applying for a reporting program abroad.  That didn’t go down too well with me.

Find an alternative income source! (Mine was teaching which I loved and still miss)

Your blog matters more than you think

I don’t make money directly from this blog (although I do get intriguing advertising offers from time to time) but I’ve had articles here republished on news sites. The article I wrote for the Irish Independent last year was a result of an editor finding me online. Although I’m sometimes embarrassed when work colleagues find my blog, it’s a good way to show your commitment to writing and a more personal side to your work.

Write about what comes naturally

I wish I were good at writing political opinion pieces or snarky responses to bad movies but I’m not. (I still try sometimes though). I find it much easier to write about my friendship with Frau B, people I see on trains and things around me that make me think. It’s good to use your blog as an experiment in writing styles but be careful not to try to become something you’re not. Never try to sound smarter than you are.

Reward yourself for your effort, not your success

There’s a growing body of research indicating that praising children for their effort is more effective than complimenting them for their intrinsic merits. Same goes for yourself. If you’ve managed to scribble something together despite a case of writers’ block, pat yourself on the back for putting in the effort and consider its potential shortcomings afterwards.

I did, a lot. Every article you see in my clips for The Journal was unpaid, as was anything I wrote for Generation Emigration. The articles I wrote for Spiegel Online were on an intern’s salary. Did it help me get my current job? Yes. Were they all necessary? Probably not. Would I do it again? Yes. Do I think there are major ethical issues with writing for free? Yes, but only when you’re motivated by desperation rather than opportunism. If you want to write for a living, the chances are you’re going to be working for either a dying medium (in my case television; for others print) or a rapidly-changing one (online). Getting a foot in the door is invaluable and generally unpaid. Know your limits though; in hindsight, I need not have offered to edit a romance novel for free. Once you do start getting paid, be frugal. Writing almost always means embracing an insecure Lifestyle. Always consider alternative income sources.

I applied for an internship at Spiegel Online after experiencing all the failures listed above. After waiting six months for a response, my mother advised me simply to send it again. I heard back within a week, got a phone interview and moved to Berlin shortly after. Sending that second e-mail radically altered the course of my life.