For those of us who work, shop, socialize, bank and even date online, it’s next to impossible to overestimate the effect the Internet has had on our lives. In the places it’s reached, the online revolution has transformed economies and enabled mass communication in ways that seemed inconceivable before.  Economists say that if the internet were a sector, it would be worth more than agriculture. But has the internet changed the way we view the world too?  In particular, has it made us more tolerant? 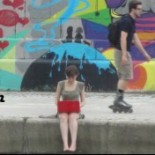 I checked out some research to find out what scientists have to say on the subject.

These findings might not strike many as particularly surprising.  After all, any repository of easily accessible information is likely to broaden the mind and turn us away from a prescriptive world view.

But is that really how we use the Internet? A cursory glance at the comments section beneath almost any YouTube video or news article shows little sign of tolerance flourishing online.

Many internet users have seized the opportunity of hiding behind an avatar to disseminate their own particular messages of hate. The phenomenon of cyber-bullying gained mainstream media coverage after the 2010 death of teenager Tyler Clementi who killed himself after his flatmate secretly filmed him kissing a man and then released the footage online.

After the Arab Spring, academics engaged in a fiery debate about which had come first: the medium or the message. While some credited social media with mobilizing protesters to come out in force, others argued that its use simply corresponded with a change in attitudes that was occurring offline.

In his speech accepting the Nobel Prize for Literature, French author J. M. G. Le Clézio  presented a particularly optimistic view of the internet: “Who knows, if the internet had existed at the time, perhaps Hitler’s criminal plot would not have succeeded – ridicule might have prevented it from ever seeing the light of day.”

In a week that’s seen terrorist group Islamic State release a fifth video of a beheading online and an eminent astrophysicist publicly burst into tears after the shirt he was wearing during a historic moment in space history caused a #shirtstorm, that view may seem utopian.

I’m on the fence. Have we become more or less tolerant since going online? Post your thoughts below!