It was the beginning of August and we were holidaying on the island of Rügen. Again.

Our third year in a row. Our second time staying at Apartmenthouse Anne, located ten minutes away from the beach and run by a straightforward but formidable woman whose disdain for small talk both impressed and alarmed us.

“We’ve become middle-aged,” I told LSB over dinner one night. An annual retreat to the Baltic Sea is the hallmark of habits belonging to German couples in their 50s.

“Maybe we should get married,” I suggested.

He was humouring me. In our decade together, we’d had multiple conversations about the institution, most of them featuring grand statements of our indifference. Our relationship defined itself, I would conclude. We didn’t need a ring, or a party, or somebody else’s blessing.

But over the past few months, something gravely unnerving had occurred: the idea of marriage was becoming less off-putting.

I couldn’t explain the phenomenon, so whenever anyone asked (which they would, quite often) I would respond in my usual way that marriage was an outdated tradition, which we were in no hurry to embrace.

As my arguments grew in force, so did the suspicion that I was protesting too much.

Restlessness had something to do with it, I suppose.  My career was ticking along solidly but unremarkably, Berlin had become home and LSB and I were embracing the stage of life where spending a Friday night streaming Sabrina the Teenage Witch at home was envy rather than pity-inducing. Amid all this stability, the milestones I’d been conditioned to anticipate from life were becoming more opaque. 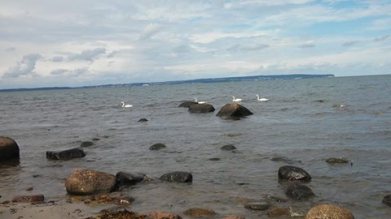 Pragmatism played a role too. The bank manager who told me in passing that it’d be easy to buy property with a husband but tricky with a partner had no idea what he was setting in motion.

Add to that the slowly-dawning realisation that if anything were to happen to either of us, the other would be a nobody in the eyes of the law.

By the time dessert came, LSB had raised no objections to my revised attitude.

The topic didn’t come up again until a day or two later, when we were walking along a wilder, stonier part of the beach on the far side of the island.

It was a grey day – the sky a patchwork of ominous clouds ready to erupt.

A family of swans drifted along the shore. Their feathers unruffled by the breeze, they appeared indifferent to the approaching inclemency.

Some couples have a song. Others have a meaningful place, where memories were born.

We have an animal. And it happens to be a swan.

I think LSB invented it but I can’t be sure.

If he did, it was to ward off questions like this: 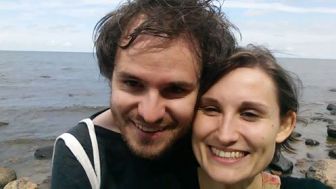 I’d remind him that we were young when we met and that he hadn’t really had much opportunity to compare my charms to that of others. “How do I know you’re not just settling out of resignation, or a shortage of initiative?” I would ask, infuriatingly.

LSB would sigh, frustrated and answer: “Because swans.”

Swans: notoriously and unquestioningly monogamous. Unapologetic as they glide along, proudly navigating the world in pairs.

It always shut me up.

“Here,” said LSB, as the sky grew a shade darker and a clap of thunder sounded in the distance.

We moved towards a large rock and as their graceful silhouettes passed us by, we asked each other.

Then the sky opened up and it began to rain torrentially. We found cover at a bus stop and stood huddled together for half an hour.

That evening, to celebrate, we ate a meal at a superior restaurant, where they served us a plate of exquisite vegetables, the most succulent I have ever tasted, prepared sous vide.

The next day, back on the beach, I Googled the cooking technique and discovered that you can get special kitchen appliances for the purpose. We discussed extensively the possibility of purchasing one. In the end, we concluded it probably wasn’t worth it.

After all, one doesn’t have to say yes to everything. 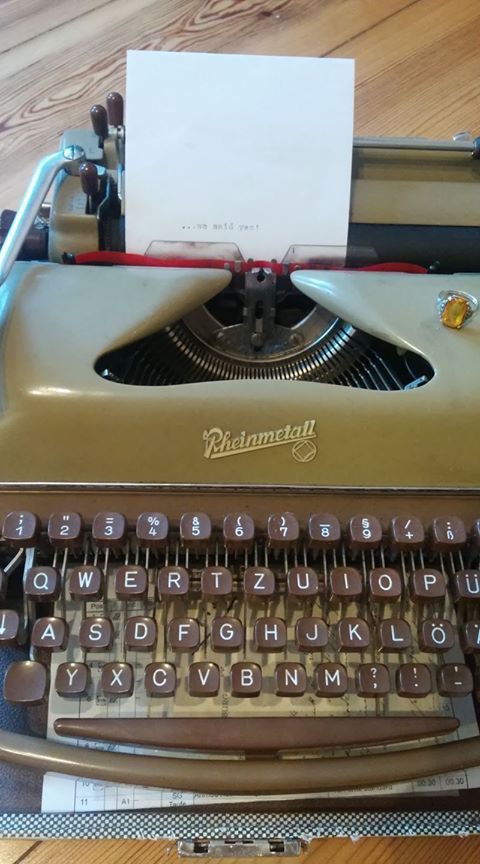