To his credit, he had the courage to address it during his lengthy testimony.

I really want to believe this is true.

But if Kavanaugh really has been brushing his teeth every Sunday, why is he only reporting it now?

And if his dental record truly is so stellar, how come no one can recall it?

I mean sure, other people have recently come forward with their own stories of weekly dental care. But such a last-minute onslaught of claims does not ring true.

I’m not questioning that Kavanaugh’s teeth may have been brushed by some person in some place at some time. But does that prove that he’s truly innocent of the charge of poor, or at least, irregular dental hygiene?

Let me be clear. I intend no ill will to Mr Kavanaugh or his family. In fact, the other night, as I was saying my prayers, a pious child I know said, “We should pray for that man.”

That’s a lot of wisdom from a 10-year-old, who went on to suggest that we should simply believe that Mr Kavanaugh brushed his teeth every Sunday. Because why would he lie about it?

And I have to admit that only a heart of stone could fail to be moved by the text message Kavanaugh’s friend, a self-described liberal and feminist, sent him the night before his testimony:

After listening to the emotional testimonies from both sides, perhaps it’s best to follow the wisdom of Kavanaugh’s mother, herself a lawyer, who used to say:

Why would a man lie about brushing his teeth?

Why would he endure some of the hardest weeks of his life played out in front of the entire world?

Why would he open himself up to harassment and death threats?

Why would he allow himself to be called the most vile and hateful names imaginable?

To be rocked to the core by a wave of hatred sweeping across the country?

Maybe, just maybe, the only thing worth such torture is the truth.

But don’t take my word for it. Let Kavanaugh himself present the closing argument:

You may defeat me in the final vote, but you’ll never get me to spit. Never. 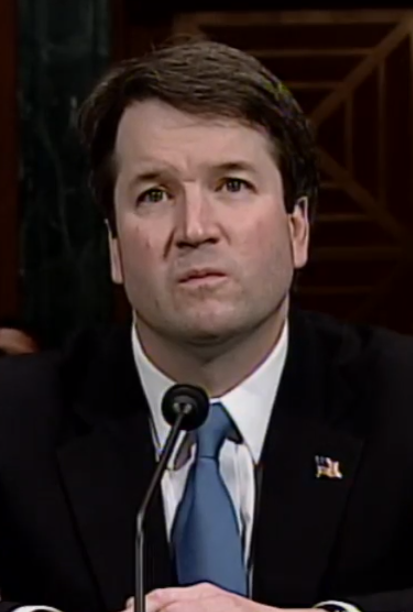 2 thoughts on “Did Brett Kavanaugh really brush his teeth?”