“Everyone here is so nice!” I said to LSB.

We were in Kerry for a friend’s wedding and I was rekindling my love for the island.

“That cashier was lovely!” I exclaimed after buying éclairs in a newsagent in Killarney.

“I can’t believe they made us pancakes!” I said after the staff in our B&B allowed us to customize our breakfast order.

“Oh, and the milk is excellent too!” I added after taking a gulp to wash my pancake down.

It wasn’t just the food and people I was waxing lyrical about either.

“Just look at this Landschaft!” I said, as we strolled through Killarney National Park. 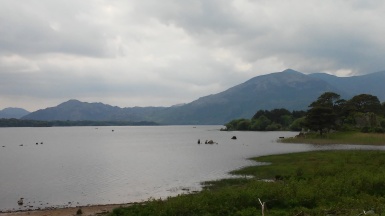 It was breathtakingly beautiful, with the mountains looming ahead of us and swathes of green all around.

As we continued along the path, we passed some bulls.

They were grazing lethargically, indifferent to their paradisal surroundings.

“Don’t you know how lucky you are?” I asked them. “Don’t you realise that you counterparts in factory farms would kill  for this kind of outdoor, paleo lifestyle?” 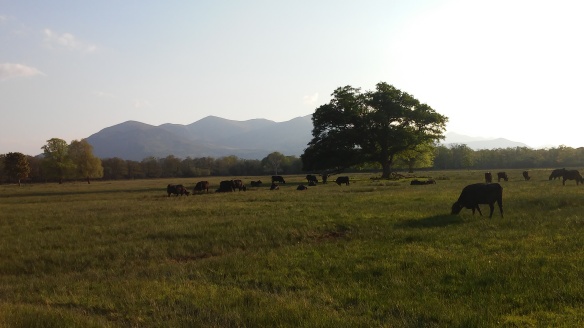 But there was no reasoning with them.

They looked up briefly, before returning to their edible vegan carpet. One bull even rolled his eyes at me.

I recognized the display of disdain immediately. The kind reserved for outsiders with excessive enthusiasm for your native land.

I was taken aback.

After four years in Germany, had I really developed the unbridled exuberance of a foreigner? Had I become an Ausländer in my own country?

Desperate to stop the resurgence of an  identity crisis, I decided to fight back.

“You’re the ones with notions!” I said to the offending animals. “You’ve no idea what the real world is like. When was the last time you filled out a tax return? Or worried about your pension? Or wondered about your heritage?”

They shuffled awkwardly. Then one by one, they turned away to face the mountains, their tails lolling easily in the breeze.