Once upon a time, people thought black people should serve white people, gays should be killed and children should be seen and not heard.

Lots of people who thought that way were kind and charitable too. Among them were devoted husbands, loving wives and generous uncles.

I think in the future, the films will be about charismatic vegans speaking out against factory farms.

This isn’t really a post about eating animals, but if you’re into that, I’d recommend reading Jonathan Safran Foer.

Conditions for animals in farms the world over are so bad that watching a video about what goes on in ordinary farms almost makes me sick.

The suffering is so great you can barely even imagine it.

The animals we eat go through agony. The happiest moment is their death. 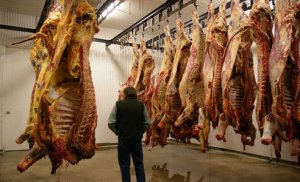 Most people know this in principle. They’ve seen the odd video about factory farming, read the occasional rant in favour of veganism and realised they’d feel pretty bad about eating their pet dog.

But they haven’t quite thought about it for long enough. Like me, they’ve turned off the videos when things get too uncomfortable and skimmed the final few paragraphs of those moralistic articles. They’ve conveniently and falsely associated the vegetarian/vegan diet with a hippy lifestyle, which they’re too busy paying taxes to support.

They’ve mistaken the argument against supporting sadistic cruelty with the one against eating meat at all. Some say “well, that’s the order of things” and others wear ironic t-shirts that say “Meat is murder. Tasty, tasty murder.”

Though I don’t eat meat, I’m not against it in principle. Having been a vegetarian for many years, the idea seems very strange to me, but should my health depend on it, I would go back to it. And I would sooner eat road-kill than a cheap burger. It is not the fact of the animal’s death that disgusts me, but the horror of the life it must endure.

The most important thing for me is to avoid contributing to needless, unimaginable suffering.

Living ethically is difficult. I’m no great example. Last week I bought six eggs from a lady with wild, white wiry hair selling her produce from a trailer. I made an omelette. Later when I looked carefully at the stamp on the remaining eggs, I saw that they had the second lowest rating for quality. I’d eaten eggs produced by hens kept in deplorable conditions.

Here in Germany, the “organic” industry is being rocked by a scandal of deception and mislabelling. It turns out that the expensive and well-sold “bio” products are not quite so bio after all.

According to my own principles, I should go vegan. I’ve thought about it and am held back by two factors: the fear that my health would suffer, and the high cost of animal substitutes designed for vegans.

The world we live in can seem farcical. I can follow the whims of celebrities across the world on Twitter, but I can’t tell you where my yoghurt came from.

I’ve lived in a city all my life. The only foods I’ve sourced have been blackberries from the garden, or the occasional potato at the bottom of the compost heap.

I am ignorant but not naïve. There is another way and it starts with widespread exposure to the horrors of modern farming. Looking away has always been the surest way of supporting what is immoral. Consumers of animal products have a moral obligation to find out about the industry they’re supporting.

The argument that everything is about profit has been brought to an immoral extreme in many industries, but in farming it has been bizarrely accepted.

Part of what makes humans put themselves on a pedestal above other animals is what many identify as a superior capacity for moral reasoning. The irony of that assumption in the context of the conditions allowed for meat production should not be overlooked.

I am no paragon of morality. But education and information have made me change my habits for the better. I’ve still far to go.

I firmly believe that the scale and depth of suffering being inflicted by humans on animals in our time will be the stuff of horror history documentaries in the future.

Our descendants will ask “How did people do nothing for so long?” They will consider us barbaric and sadistic. They will pity us for our immoral economy and greed. They will question how things went on for so long, even in a time of instant, mass communication.

None of that will happen soon. But give it a few hundred years, and people will say that among those who supported these practices were devoted husbands, loving wives, generous uncles, and even passionate pet-owners.