After spending four months in Berlin, I took a holiday in Vienna.

If, as some claim, Berlin is a city going through puberty, then Vienna is its older, more responsible sibling. On the surface the family resemblance is clear: the beautiful Altbau (literally “old building”) style of architecture, much of it restored since World War II, can be found in both cities, though it dominates more in Vienna, where significantly less of it was destroyed.

Altbau houses are typically painted in tasteful shades of blue, pink or green and are decorated both outside and inside with elaborate plasterwork. They are tall but not imposing and, while very pretty, not particularly remarkable. In Berlin, in the fortunate neighbourhoods where Altbau buildings dominate, their charm contrasts reassuringly with the gritty Soviet blocks, which are usually within sight. In Vienna, on the other hand, where every street corner boasts yet another impressive feat of architecture, they merely add to the provincial, sophisticated feel which characterises the city. 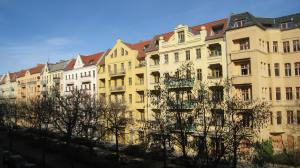 While both cities boast an efficient underground transport system, in Vienna the stations look like Duplo models. They are easily navigable, childishly labelled, pristine and absolutely identical. In Berlin, they are different colours, often garish and grotty and full of musicians and homeless men with long, wild beards rooting through bins.

Both places are made for easy living. You can get around quickly until late at night and you can visit galleries and museums or lounge comfortably in the vast open spaces which surround them. In the summer, both cities set up rows of deckchairs beside their rivers. Little kiosks selling peanuts, crisps and beer pop up nearby. In Vienna you can fill your bottle with ice-cold water at Trinkwasserstations, which occur at regular intervals throughout the city. In Berlin, both the young and the old prefer to travel with a bottle of beer in their hand.

While Berlin and Vienna might share roots, their character couldn’t be more different. Vienna is stylish and self-contained, while Berlin is anarchic, vigorous and care-free. 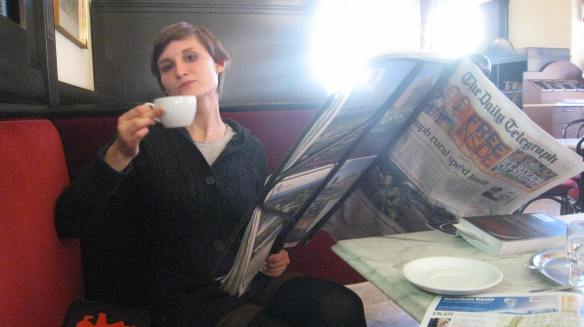 In Berlin it’s the punk bars and anybody inside themthat claims to want to fight the system.

In Vienna, most of the art is kept in museums which charge a high entry fee. In Berlin it’s all around you and changes at the whim of the latest anarchist movement.

The street-corners in Berlin are alive with fire-breathers, hip-hop dancers and human statues covered in body paint. In Vienna, the police politely ask the street musicians for their papers and the latter move on without complaint when they fail to produce the right ones.

Vienna is a city that no longer has much to fight for and whose history has been tastefully, expertly painted over. Berlin is attacking its raw wounds with an aggressive, momentous vigour.

Berlin is growing up. If it develops like Vienna, in a few years it will mourn the loss of adolescent ideals, which many of us too grow up to grieve. And there’ll be fewer beer bottles for the homeless men to collect.

5 thoughts on “Berlin versus Vienna: a Capital Battle”