Last Friday night I grabbed some plastic clothes hangers from my wardrobe. I cut some string and attached to it a blob of red playdough. Then I tied the string to the hanger and asked my mum to hold it high and steady as I set my little pendulum a-oscillating. I was preparing for my Psychology class the following morning, where I was to introduce my prodigies to Piaget’s theory of child development.

Piaget believed that cognitive development happens in distinct stages. Fundamental shifts in thinking patterns lead to the simultaneous development of ever more sophisticated competencies. For example, when a baby is born, it relies entirely on its reflexes; it clutches and sucks to survive. In the months that follow, it learns that it is a phsyical entity separate from its surroundings, that objects continue to exist even when out of sight and that control can be exercised over the same objects. These realisations, or shifts allow the baby to experiment with its toys, to imitate those around them and to co-ordinate its movements to achieve a goal.

Piaget also believed that the developing child is active in its own development. No blank canvas, salivating stimulus-response theory for him, thank goodness. He proposed that at age 11 or 12, children reach the most sophisticated cognitive stage, which changes little into adulthood. He called this stage the Formal Operation period and characterised it by the ability to think in the abstract, to hypothesise, to form ideals and to employ the scientific method.

To test whether children had reached this stage of reasoning, he devised The Pendulum Problem, which brings me right back to my plastic coat hangers, playdough and string. Piaget set children the task of investigating what factor affects how quickly a pendulum swings from side to side. He gave them strings of different lengths and provided them with objects of various weights, alongside professional-looking hooks rather than plastic clothes hangers. If the children were able to test each factor (weight, string length and force) by keeping all other factors constant, and come up with the correct answer: that oscillation rate depends only on string length, he deemed them Formal Operataionalists and capable of learning algebra, pondering human existence and reasoning empirically.

As I stand at the front of the class on Saturday morning, armed with my coathangers, playdough and string, I am amused at the uniformly perplexed expression on the faces in front of me. Before I distribute my materials, I ask sneakily, as if it is an aside, whether anybody in the class is under 11. Three put up their hands. As I am dividing them into groups, I unite, casually the three youngest, and watch with pleasure my very own scientific method in progress.

An older group of boys in front isolates the potential factors immediately and adds a further variable to the equation; the position on the coat hanger from which the string swings. Another group is moulding its playdough into the shape of feline heads, but sensibly keeping their size and weight constant. I alight at the youngest group and watch them operate. I am steering the groups, without giving anything away. “So what factors may you have to change?” I prompt them “Weight”, says one. “Good!” say I, “what else?” “The length of the string!”, says another. “Let’s change them both”, choruses the third. I watch in facsination as they take a short piece of string, attach to it a light weight, before comparing it to a long piece of string with a heavy weight.

I never dreamed that I would vindicate old Piaget. Of course it wasn’t super-scientific, but it made me think seriously about whether fundamental shifts in thinking may really occur throughout the lifespan. David Anderegg, an American child therapist blogged last year about the death of developmental psychology. He describes a kindergarden teacher, who with the best intentions, refuses to allow her charges to move around the room because they are getting ready for school, where they will have to sit quietely. Rather than allowing the little ones to enjoy the challanges of their natural developmental stage, he argues that this policy only robs children of the intrinsic joy associated with exploring more about themselves and their environment.

As I am explaining all this to my scholars, I wonder whether the Under 11s are insulted by Piaget’s inference that: Sorry Love, You Just Don’t Get It Yet. 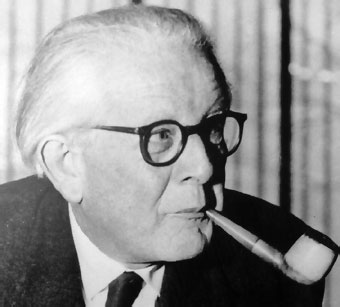 1 thought on “Pendulums and Prodigies: Sorry Love, You Just Don’t Get It Yet.”