Rarely a day passes that I do not crave the spongey intellect of my eight-year-old self. It was a time when the pursuit of knowledge was its own goal and when quality entertainment constituted Sabrina Spellman turning Libby into a goat. It was a period of unbounded potential: I could grow up to be whatever I wanted.

I grew up; Sabrina went to college, dyed her hair red and Harvey Kinkle retreated into the obscurity of dubious work as an extra. I took the liberal arts route, with a minor in Psychology and a major in English literature; I began to scavenge for work. The world ceased to be my oyster. Open doors glided firmly, frustratingly to a close.

But what about the gritty, perverse cosiness of graduating into a Recession? The hopelessness and indignation I connect almost nostalgically with historical novels in which hardship is accompanied by the image of a struggling family gathered around an open fire, discussing wistfully their unfulfillable dreams for the future.

There’s a lesson in humility to be had from it all too. The innocent yet ostentatious certainty of worldy success possessed at age eight has become tainted by the knowledge that being a graduate does not confer on me the automatic privilege of joining the working class.

And why should it, when 72 million children in this world do not have the privilege of an education and 1.1 billion people have inadequate access to water? They are employed trying to survive. My struggle is healthy while theirs is a heinous injustice. Perhaps it is them and not myself that I should be attempting to serve. It’s something that never occurred to me at the age of eight, when the world still worked on magical principles. 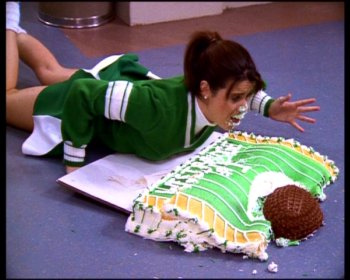 When magic plans fall flat and food is scarce.

1 thought on “Being Made or Maid?”