Some people seem to think that my life in Berlin is all fun and games — that if I’m not grilling Angie in the Bundestag or accompanying a world-famous TV crew, I’m at the Brandenburg Gate having a laugh on the John Murray show.

Yesterday on my way home from shopping, a large carton of vanilla and blueberry ice cream melted in my bag, trickling through a crack in the lid, onto all the other food and covering my wallet and its contents in a sweet-scented white foam.

Then, as I was unpacking my shopping, my best buy, an enormous glass of Nutella (25% extra free), slid out of my hands and smashed into scores of pieces.

Shards of glass glittered on the kitchen tiles.

I used a tea spoon to separate the Nutella from the larger pieces of glass and after a quarter of an hour, was satisfied that the majority of the chocolate spread had been salvaged. I spooned it into an old jar that I found in my Recycle heap.

Then I realised that I was bleeding profusely.

A deep, clean gash had appeared in my middle finger.

Now I had ice cream on my jumper, Nutella in my hands and hair, and my blood was trickling onto the counter-top.

I took a deep breath, cleaned myself and tripped over a loose onion.

Then I boiled some millet. I was in a TV studio last week watching a health and fitness show being filmed and the guest doctor was advocating a low sugar wholegrain diet. I resolved to reform.

The millet bubbled over.

I added tomatoes, spring onions and a yellow pepper, but the taste of blandness was poorly disguised.

I ate the modest meal on my little balcony, listening to the birds sing and with the sun in my face.

I decided to go to the cinema.

I watched a French film about a couple whose baby has a brain tumour.

On my way home, I passed a fruit market. A Turkish vendor was crying hysterically “LAST OFFER!! ONE EURO FOR A PUNNET OF STRAWBEEEEEEEEEEEEEEEEEEEEEERIES”

When I got home, I dropped several strawberries on the kitchen floor.

Later that evening, I decided to make German oatflake chocolate chip cookies. My father had kindly scanned an ancient page from my mum’s recipe book and I had all the ingredients to hand. I would have shown my national pride more traditionally by watching the match, but I could not figure out how to turn on my flatmate’s television.

My Mama’s Secret Recipe Revealed to the Masses

I weighed and mixed and stirred and ground and moulded the dough into little balls. I put them into the oven, cleaned the kitchen and breathed a sigh of relief.

I decided I deserved a treat.

I got out my vanilla and blueberry ice cream (all had not been lost there either), chopped up some strawberries and added a couple of scoops of Nutella.

The first mouthful was divine. Then I tasted glass and I had to spit out little shards, one at a time. This morning, I had two German oatflake chocolate chip cookies for breakfast. They were burnt. 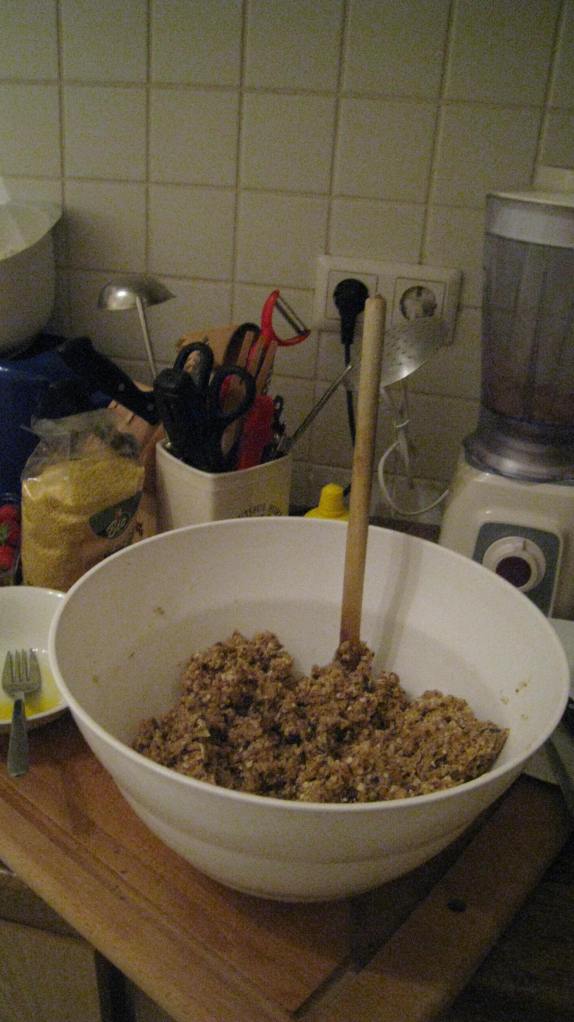 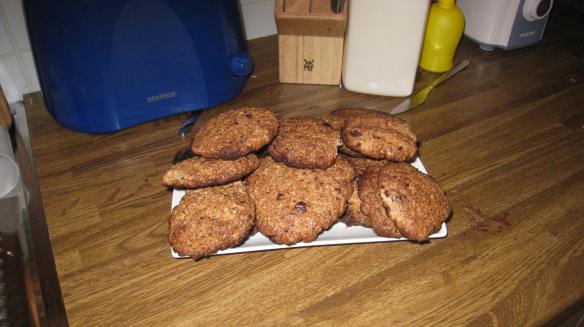 9 thoughts on “A Tale of Domestic Disaster”